We know that the IMEI code is one of those terms that is related to cell phones, but, in reality, a lot of us don’t understand much about it, let alone know what it’s used for.

However, knowing your cell phone’s IMEI is important, and could be useful in different situations. Below, you will find all of the information that you’ll need to know to understand what an IMEI code truly is, how to find yours, and whether or not it’s true that it could be used for tracking your cell phone.

Just as its name indicates, the IMEI is a unique code that is used for identifying a device and distinguish it from any other in the world. This code is neither related nor relies on your phone number, SIM card nor carrier. Instead, it belongs to the device itself.

You could change your phone number, remove the SIM card, or change your service provider, and the IMEI code would remain the same. Even two identical devices that have the same model, software version, color, and date of creation will have their own IMEI, which will be different from any other device.

The IMEI code is usually comprised of 15 or 17 numbers, although, in some cases, the last digit is omitted. These digits are divided into four parts that contain different information, such as the approved organization that assigned the number, information about the manufacturer, and the device’s serial number.

Some codes use the last digit to verify the validity of the entire code using an algorithm known as the Luhn Algorithm, while other codes omit the last digit or end in 0.

You may also have heard about an IMEISV or IMEI/SV code. In this case, “SV” means “Software Version,” and it simply is the same IMEI code, where the software version is added as two digits at the end of the code. The IMEISV has been used since not too long ago, and it is only available on the most recent devices.

Some 3G tablets also have an IMEI code, while Wi-Fi-only tablets tend to not have it. Likewise, a lot of disposable phones, as well as phones without a contract, don’t have an IMEI code either.

How do i find my IMEI number?

• In most phones, you can dial *#06#, regardless of your carrier. Your IMEI number will appear onscreen.

• Even though, in a lot of cases, only old devices allow you to remove the battery, if you are able to, you can check the IMEI code below the battery.

◦ To find out the IMEI code of an iPhone, go to Configuration or Settings, then to General settings, and the select the Information or About option. Search the IMEI number among the options that appear.

◦ On the original iPhone, and on iPhone 5, 5C, and 5S, you can find the IMEI code written on the rear end of the phone.

To see the IMEI code on an Android device

Go to Settings, About, and then to Status. Among the information that appears, you will see your IMEI number.

If you do not have access to your phone, or if it does not turn on:

• If you still have the original box in which the phone originally came when you purchased it, you will find the IMEI on the barcode’s label.

• If you didn’t keep the box, but kept the receipt, you can find the IMEI code in it.

• If you have an account on your carrier’s website, the IMEI number may appear somewhere on your personal information or profile.

Connect your iPhone to your computer, open iTunes, and got to the Devices menu to select your iPhone. Select Summary, and then click on “Phone number.” Among the information that appears, you will see your IMEI code.

If you have or had an Android phone, you can go to Google’s Control Panel, and look for Android section. There, you will see a list of Android devices that you have connected to your Google account and, in some cases, you will also see the IMEI code of each one.

What can someone do with an IMEI number? 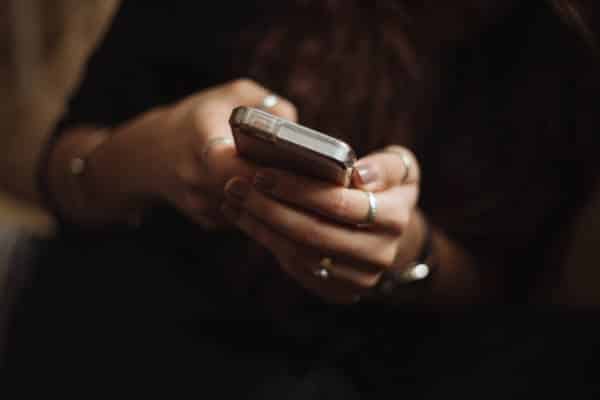 Now that you know your IMEI code and that you have it on hand, what does it do?

The main reason why your IMEI code is important is because, in some countries, it is possible to call your service provider if your phone had been stolen to ask them to block it so that no one could use it.

Carriers that can block numbers will need you to provide your IMEI code. In some countries, there are implemented systems that communicate the theft of devices and their corresponding IMEI to other carriers so that the thief cannot use the phone with any service provider. In other countries, you will have to call each carrier to report the theft. In most countries, it is illegal to change the IMEI code, so it is a good system to stop the theft of mobile devices.

In some regions, the police also uses IMEI codes to keep track of stolen devices.

2. Adding a stolen device to blacklists or list of blocked numbers:

Some countries keep lists that contain information and status of mobile phones. The devices that are blacklisted or included on a list of blocked devices cannot connect to the network, therefore, they cannot send nor receive calls.

Usually, these lists have devices that were stolen or reported, and devices that were illegally used or used for illegal purposes. If your cell phone got stolen, it is good idea to ask your carrier if they could add your IMEI to these lists, or if it’s necessary to do it on your own. Reporting the IMEI of stolen phones is a good way to stop devices from being stolen.

3. In case of repairs of while using the warranty:

If, at any moment, you need to get your phone repaired, or if you need to use the warranty, it is likely that they ask you your IMEI code to be able to identify your device, and distinguish it from other devices of the same model.

4. To unlock your device and be able to use it with other carriers:

When you buy your mobile phone through a carrier, it is likely to come blocked so that you cannot use it with another service provider. A lot of carriers offer the option to unlock it through the internet or by visiting their offices and, in many cases, they will need your IMEI code as part of the process.

5. During investigations done by the authorities:

The IMEI code is also used when the authorities make an intervention to a phone line.

Tips about the IMEI code

Now that you know why it is important to know your IMEI code, follow these tips:

1. Store your IMEI code in a safe and private place.

When buying a new cell phone, search for your IMEI code by using any of the methods mentioned in this article, and store it in a place you know is safe and where you’ll be able to remember where you stored it. You could save it in Evernote, send yourself an email, or write it down in your personal notepad. Doing it only takes five minutes, and you may end up needing it later.

Unless you need to give it out for technical repairs, use the warranty, or any other similar situation, just do not share your IMEI number.

3. Do not publish your IMEI code on the internet.

4. If your mobile phone got stolen, use the IMEI code to impede the thief from using it.

Can a IMEI be changed?

Even though it is illegal to change the IMEI code of a mobile phone in most countries, there are ways to do it. This procedure usually requires you to root the phone and to install specialized applications. You do not require to have extensive knowledge to wipe out a stolen mobile phone and to reset it to factory settings to make it seem like it’s new. However, changing the IMEI number is a little more complicated, so thieves tend to not do it.

Once your device’s memory has been wiped out and your operating system has been reinstalled, you won’t be able to track it through services offered by Google, Apple, nor by any other tracking application.

But if the thief did not change the IMEI number, you will be able to block the device so that it cannot be used, even after the phone has been formatted. Contact your carrier to learn how to block your device by using your IMEI.

Some thieves look on the internet and other sources IMEI codes that have not been blocked to use them in stolen devices. For this reason, it is recommended that you never post your IMEI on the internet.

Can you track your cell phone by using the IMEI number?

Nowadays, there are a lot of ways to track your cell phone in case that it gets lost or stolen. Some use the GPS technology from your cell phone, while other methods use the IMEI code from your device. Even though they could be useful in a lot of situations, all of these tracking methods also share the same limitations.

If you have an iPhone: Enter your iCloud account, and then look for the option “Find my phone.”

Both options allow you to see the current location of your phone in a map, make it ring even if you had it on vibration or in silent mode, block the cell phone to make it necessary to enter a PIN or a password, or even wipe out all of your information remotely.

If you lost your phone, any of these options could be everything that you need to retrieve it. But, if it was stolen, all of these methods share the same limitations. The only thing that the thief needs to do to avoid being tracked is to turn the device off, put it in airplane mode, or leave the battery to run out.

Some carriers may track your cell phone by using your IMEI number through a system that tries to pinpoint the cell phone’s location by measuring the distance and the angles of the nearby antennae. However, not all carriers can use this method, and some aren’t willing to do it. In many cases, this is reserved for extreme situations in which it is important to track a device, and that requires the intervention of the authorities. Contact your carrier to know your options.

The IMEI code is, then, a number that identifies your device and distinguishes it from any other phone in the world, and does not depend on your phone number, SIM card, nor your carrier.

The IMEI code is one of those things that you will only need to use in situations where it is difficult to tell apart your device from others, so it would be better to get used to storing your IMEI in a safe place each time that you buy a new phone.

If you need to repair it, the technician or any of the other methods mentioned in this article will allow you to find your IMEI. But if your device was stolen, you will have to act quickly to block it, and prevent the stealer from using it in the future.