Before you run to buy a new battery or even a new phone, keep in mind that your problems with batteries can be solved by yourself, and that the problem may not be your battery, but your charger or even your phone’s software.

Below, you will find 7 common reasons why your cell phone may not charge or may not recognize your charger, and what can you do to solve them:

1. The cable is failing

A lot of users are worried about taking care of their phone, cleaning it, keeping it protected, etc. But something that never gets any attention are its chargers.
You bring it with you wherever you go. You tangle it, untangle it and, if you are in a hurry, you put it in your pocket, regardless of its shape.

You keep the cable tense to be able to keep using your cell phone while it is being charged, and we have all at some point in time stood up while forgetting that the charger was connected, so we ended up suddenly pulling the cable.

Unsurprisingly, these cables start to fail, and they are the cause of your cell phone being unable to either charge or recognize the charger.

Using the same charger adapter, change the USB cable, and then check if this solves the problem.

You can also try the cable on another person’s adapter, and see if the problem persists. If the cable is at fault, the only thing that you’ll have to do is to buy a new cable.

Android users have a lot of good quality options at their disposal, while iOS users are forced to use a Lightning cable.

However, remember that, as long as your warranty is valid, everything that came inside the iPhone’s box will be covered by said warranty. Contact Apple’s customer support in your country, or go to your closest Apple Store.

2. The adapter is failing 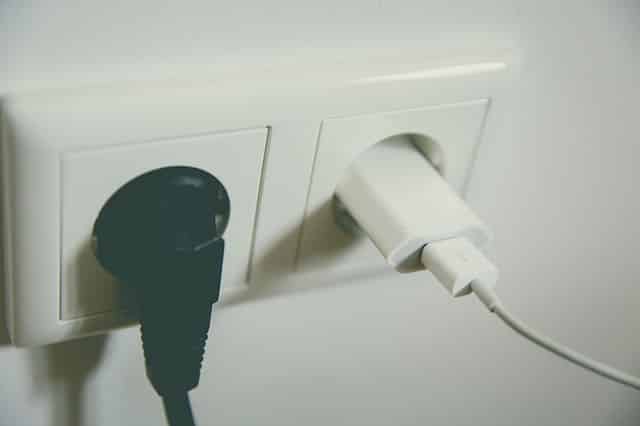 Besides the cable, another thing that tends to frequently fail is your charger’s adapter.

These adapters do not receive much attention either and, if we’re talking about adapters that let you connect and disconnect a USB cable, the port may get loose or get damaged after a while.

If this is what’s failing, your cell phone may charge slower than usual, or even not charge at all.

If you have a spare adapter, or if you can borrow one, use it and check that your cell phone charges normally.

If your cell phone charges without a hitch, then it is the original adapter that’s giving you issues and not your battery, and it will only be a matter of buying a new one.

Before buying or trying new adapters, make sure that they use the same voltage as your original one. Not all chargers are the same, and using the incorrect one could damage your battery or charge it incorrectly. The best that you can do is to buy an original charger specifically for your cell phone model.

3. The port on your phone is loose or dirty

Another cause is that the users tend to ignore when they have issues with their battery is the charge port of their cell phones.

The size and shape of this port makes it easy to get filled with all kinds of filth, besides being always exposed to dirt wherever you go.

This filth could cause the cable to not to make enough contact and that the energy to stop flowing appropriately.

Besides getting dirty, with the passing of time and by being constantly used (by connecting and disconnecting the charger almost every day,) the metallic surfaces inside the USB port do not make proper contact. Both could be the causes of your cell phone not charging or not recognizing the charger.

Filth: If it’s filth, use a clean and unused toothbrush to remove anything that may be causing interference. There are specialized antistatic brushes, but, in most cases, using a clean toothbrush is enough.

Lack of contact: If metallic surfaces are not making contact, turn off your cell phone, remove the battery (if your model allows you to,) and use a wooden stick to slightly move the flat part in the middle of the port. Put the battery back, turn it on, and try to charge it to see if the problem got solved.

4. The outlet is failing 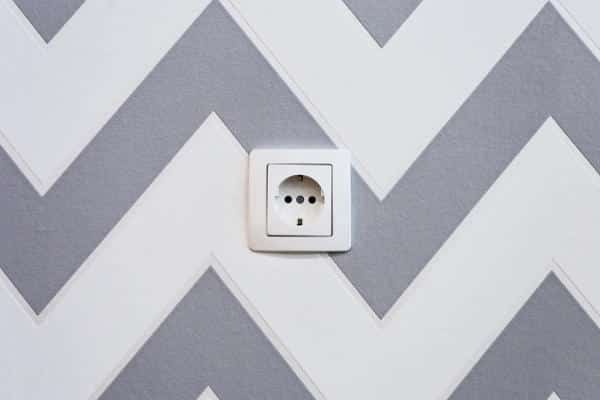 This may be a less common cause that the ones that we have previously mentioned, but it’s worth testing it anyways before spending money unnecessarily in a new battery.

Also, some cell phones, like iPhones, are designed to not to charge when they detect fluctuations on the electrical current that could damage the battery.

5. You have to calibrate the battery

In some cases, the battery works perfectly, and the problem is the communication between the battery and your cell phone’s software.

On these cases, the battery’s percentage that you see on-screen is not the same as the real percentage left on your battery.

There is a method that may help you solve this problem, but, unfortunately, it may damage the battery itself, so we recommend you that you only use this method if your battery is giving you a lot of problems and you’re thinking about replacing it.

6. Your battery got wet

If you let your cell phone fall in water or if you sprinkled water on your phone, you cannot expect your phone to keep working as if nothing had happened. In some cases, the cell phone’s functionalities seem to work properly during a couple of hours or days, and then they start failing. If your battery starts failing after being wet, it is likely that the water has penetrated the phone and caused damage.

Send your phone to a technician to determine the damage caused by the water. You can simply try to replace the battery, but a technician will tell you if other internal components are damaged before you waste money buying a new battery for a cell phone that will end up failing anyways.

7. The battery is failing and should be replaced

Even if there are ways of solving some of the issues that prevented your cell phone from charging or recognizing the charger, the truth is that batteries are not made to last forever, and the average lifetime for a battery is of around two years. If you have already tested the tips given in this article and nothing has worked, you may simply need to buy a new battery

Try the tips on this article to make sure that it is the battery that’s failing and not the charger, the port, the software, etc. If you have to buy a new one, try in any way possible to buy an original one. You can find generic batteries at a lower price, but their lifetime tends to be as low as their price, and, in the end, you will have to replace them faster than if you had bought an original battery.